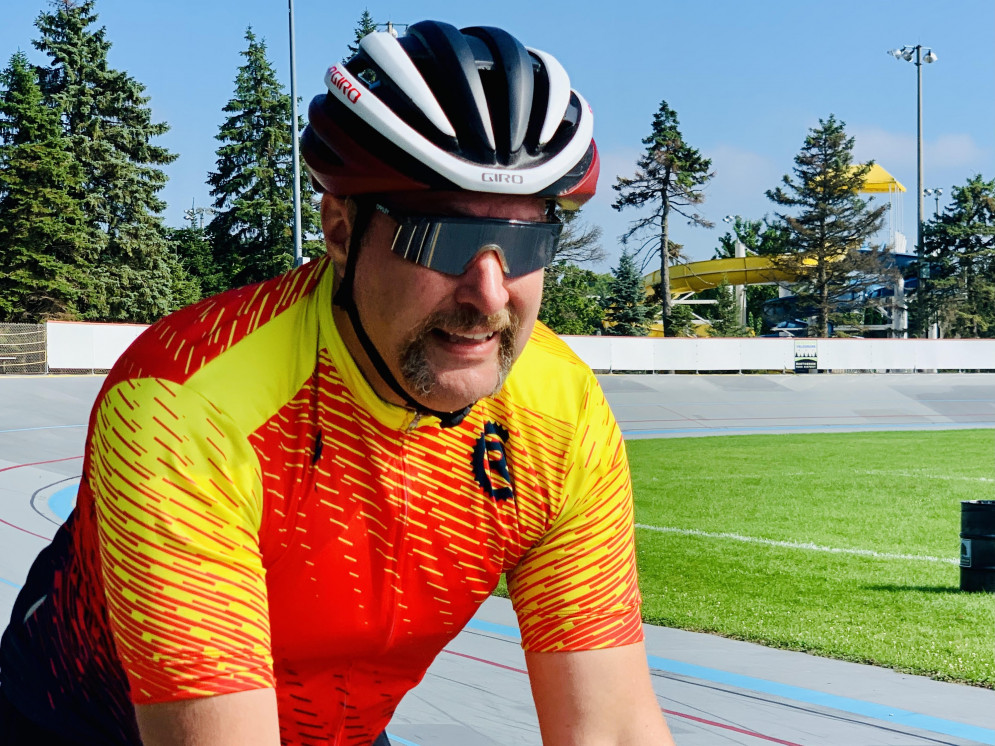 AHHH the Olympics, one of my favorite times of the year.  Bringing back the glory days of a young “Merk” watching Nelson Vails and Mark Gorski dominating the 1984 Summer Olympics on the track.  It is an exciting time every 4 years (well 5 this year), some of the greatest track specialists and professional road racers gather on the velodrome and show what they got. This year there is going to be some great events that will be held from August 2-8. 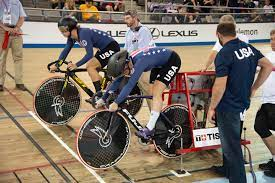 Starting with the Team Sprint on August 2  for women and August 3 for men, which consists of teams of three for men and two for women line up on opposite sides of the track and complete 3 laps, with the fastest team advancing.  Each rider must complete one lap of the track before peeling off, the time is stopped when the first rider crosses the line.  Teams are seeded by a time trial round, and then the teams proceed through knockout rounds to decide the medals.

This event is a show of force and determination and also endurance, as the final rider must survive three laps even if they are riding in a draft.  The riders must ride in a tight formation, and they must decide how to strategically choose their line-up.  Look for teams that allow big gaps to open up between riders, this usually spells doom for a squad. 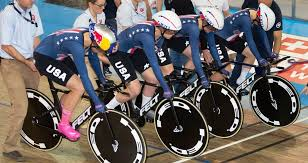 Then comes the Team Pursuit on August 4 for women and August 5 for men, this discipline consists of two teams of four riders each.  They start at opposite sides of the track and complete 4,000 meters (16 laps) while riding in tight formation, with the goal of riding as quickly as possible.  Every few laps the front rider swings high up the track and back down to drop back into the slipstream of their team.  The time is taken when the third rider crosses the finish line.  Teams compete in a qualifying time trial to seed them in the competition, and then take part in head to head knockout rounds where the winner progresses to the next and then the medal rounds.

This is by far the track event that requires the most technical skill and coordination.  The best teams are the ones that are able to communicate and execute adjustments to the plan if and when something goes wrong.  Look for the team that has the tightest formation and the cleanest transitions as the one to beat. 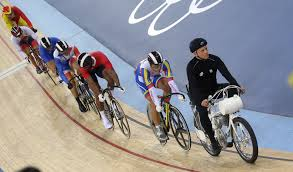 August 5 for women and August 8 for men is one of my favorite events on the velodrome, the Keirin.  This is an 8 lap race with up to seven riders that start from the track edge and then queue up behind a motorbike.  The motorbike (derny) accelerates from 30 kph to 50 kph over the course of 5 laps, and pulls off leaving the riders to battle for the last three laps.  First one to cross the finish line wins.

Positioning is everything in this race, watch closely as the riders follow the derny and see the jostling and bumping that occurs for the prime spot.  Once the derny pulls off there will usually be one rider that will try to surprise the bunch, while the most experienced rider will often wait for the final push to the line.  Keep an eye on which sprinters have the patience and nerve to wait until the last possible moment to accelerate. 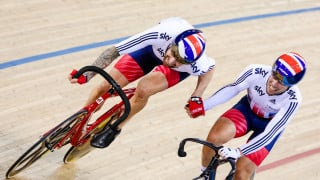 The Madison will occur on August 6 for women and August 7 for men, one of the most truly unique races there is in the olympics.  The Madison is a relay race of two-rider teams in which one rider is ‘in the race’ at any time.  If the riders to ‘tap’ in they will grab hands and sling their teammate into the race.  Riders sprint for points every 10 laps, or if a rider from the team laps the field they earn 20 points.  Any team that is lapped by the whole field loses 20 points.  The event is a 50 km race for men while the women will race 30 kms.  The team that has gained the most points is the winner.

Watch for teams to try and gain points by lapping the field possibly a couple of times, this generally is a sure way to win the race.  Some teams will sit out the first sprint in order to assess the others while experienced teams will wait to pounce on the field when legs and lungs are tired.  The best riders for this event are the endurance style riders who can sense the mood of the peloton and know when to attack. 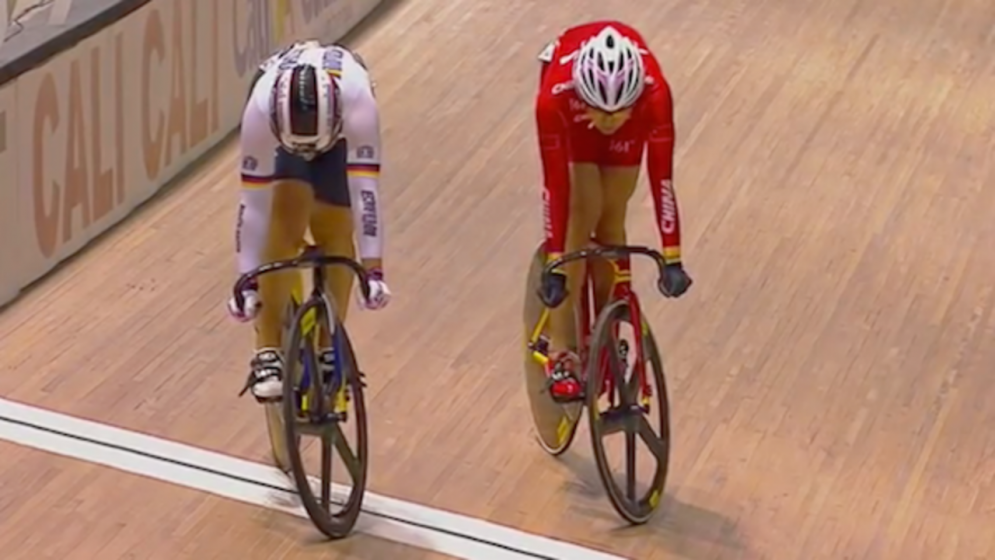 The Sprint competition finals come on August 6 for men and August 8 for women, this is a fast and furious race.  How it works is two riders cover three laps of the track, with the first rider across the line the winner.  Best of three advances to the next round, the riders are seeded with a flying 200-meter time trial.

The sprint is as much of a test of patience as it is a test of strength, especially in the later rounds.  Neither rider wants to ride in the lead because it can create an advantage for the following rider.  The riders will play a cat and mouse game to try and force their opponent to take the lead.  Watch for riders to face off with a trackstand, this is when the rider brings the bike to a complete stop and balances it on the track in a game of high stakes chicken. 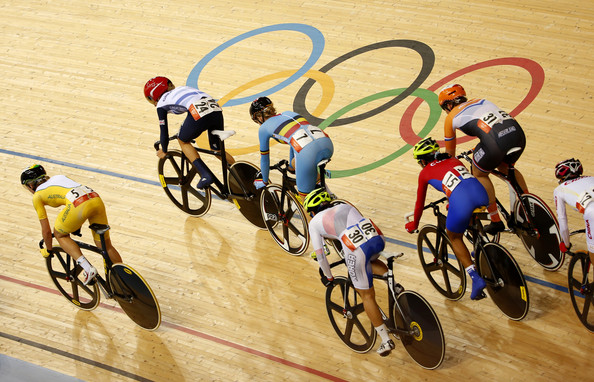 The last race I am going to mention in this article is the Omnium which will take place on August 5  for men and August 8 for women.  This discipline consists of 4 different bunch style races, which are Tempo, Points race, Scratch race, and Elimination.

To start with, the Tempo race is a 10 km race for men and 7.5 km for women points are awarded on every lap after the opening four laps.  With 20 points awarded to the rider who can lap the field.  The winner is the one with the most points.  Next race is the Scratch race (15 km for men, 10 km for women) is a basic first person over the line wins the race.  The Elimination race features a sprint every 2 laps with the last rider over the line eliminated from the race.  The final race is the Points race (25 km for men, 20 km for women) points are awarded every 10 laps to the first 4 riders over the line while 20 points are awarded to the rider that can lap the field.  The overall winner of this event is the rider that has accumulated the most points over the 4 events.

As riders tackle different strategies in each event in order to gain the most points to win the overall.  The four events take place in one day so the top riders must have a mix of sprinting power and also endurance.  Often it is a road sprinter who excels in this event due to the blend of strategy, endurance, and punch.  Watch for the rider who jumps to an early lead and rides conservatively the rest of the races to take the overall.  In the Elimination and Tempo races, riders will simply race by feel and unleash their sprints after conserving as much energy as possible.  The Scratch and Points races, the best sprinters will try to keep the field together while the endurance minded riders will break away to score as many points as possible.

This is just a quick breakdown of the Olympic track cycling events, there are many others that are out in the world of the velodrome. One of the best things is to go out to your local velodrome. Ed Rudolph for us here in Illinois Click Here Get out and race or just ride and get that experience  the velodrome.